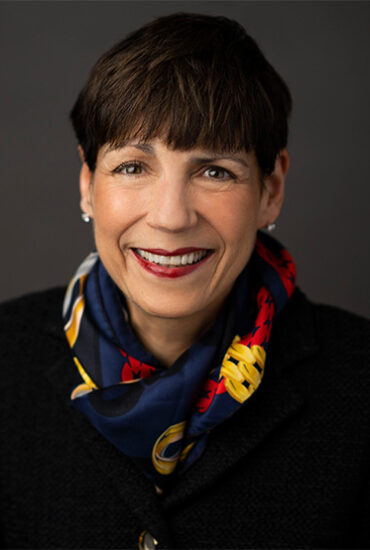 Stephanie Hirschboeck is Of Counsel at Bedi & Singer, LLP. She is a retired attorney who provides strategic counseling and tactical advice to the firm and the firm’s clients. Stephanie has a special artistry in telling each client’s unique story, when assisting the firm’s clients reach a favorable outcome.

Prior to joining Bedi & Singer, LLP, she had a 30 year career at the Cook County Public Defender’s Office, where she provided aggressive, innovative and client centered defense to her clients. She brings over three decades of trial experience, including over 30 felony jury trials, 1000s of bench trials and motions experience to the firm’s clients. In addition, Stephanie has tried several capital murder cases. While at the Cook County Public Defender’s office, Stephanie held various positions of increasing responsibility, including being a member of the elite Homicide Task Force, Supervisor in the Multiple Defendant Division, Chief of the Homicide Task Force and Chief of the Felony Trial Division.

She is a frequent and sought after speaker at legal events, and has spoken on a wide range of criminal defense topics to generations of lawyers.

Stephanie is a lifelong resident of Chicago and graduated with a degree in political science and French from Northwestern University and graduated from law school from DePaul University College of Law.