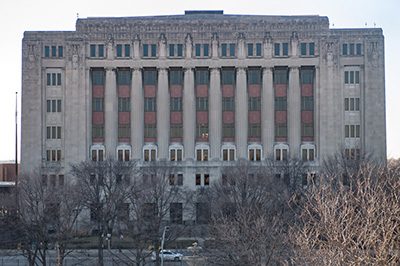 Bedi & Singer, LLP represents individuals in a wide array of state and federal criminal matters. Criminal defense is our passion and our focus. We have more than 25 years of combined experience defending clients against all types of charges — including major cases such as complicated financial fraud and kidnapping defense to more common criminal matters like drug distribution charges and everything in between.

We are committed to providing each client aggressive client representation. Our approach to each client’s case differs depending on the facts and circumstances at hand, but we take an aggressive approach to ensure each client gets the best results. We are skilled litigators, winning cases after long jury trials. For other clients we have negotiated outright dismissals as well.

Our experience includes defending clients charged with the following crimes:

We have also represented clients charged with attempted murder, where the state alleged our clients intended to commit murder.

A weapons offense, armed habitual criminal charges allege that someone with certain types of prior criminal convictions were in possession of, sold, received or transferred firearms.

An act of violence does not have to occur for the state to bring charges of armed violence. If convicted, you could face decades behind bars.

Sexual assault can range from charges of unwanted physical contact to attempted rape.

Sexual abuse charges can include indecent exposure and different types of sexual assault.

Possession and Dissemination of Child Pornography

Possessing, distributing or selling child pornography is illegal under both federal and state laws and can carry huge sanctions.

The state can bring charges against parents or other caregivers when a child is injured or killed and the state believes the child’s death was due to the caregiver’s negligence or abuse.

Child abuse charges can stem from a variety of injuries sustained by a child — including physical harm, neglect and mental abuse.

While simple assault can result in misdemeanor charges, aggravated assault or battery charges often involve a deadly weapon and can be felonies.

Robbery charges typically include taking someone else’s property in his or her presence and against his or her will — with the intent to steal it, using violence, the threat of force or intimidation tactics.

If you’ve been charged with armed robbery, the state believes it can prove all of the elements of robbery, plus the use of a deadly weapon.

When prosecuting burglary charges, the state asserts that the accused unlawfully entered a structure, intending to commit a crime therein.

Both federal and state laws can be used to charge people with drug production, sale, distribution or possession with intent to distribute. Convictions can include prison sentences and large monetary penalties.

Theft or larceny charges allege that you took someone else’s property with intent, and without the owner’s permission. The punishments for theft charges range from relatively minor to significant consequences.

Kidnapping charges can be brought under both federal and state laws, alleging the taking of someone against his or her will or illegally confining him or her.

Unlawful Use of a Weapon

Weapons charges can range from misdemeanors to felonies, depending on the facts and circumstances of the alleged crime. These charges can stem from carrying a concealed weapon without a permit, threatening others with a weapon, and other actions that can but don’t necessarily involve discharging the weapon.

Aggravated Discharge of a Weapon

Aggravated discharge criminal charges are felony charges and may allege that you fired a weapon in the direction of a person, building or vehicle.

If you are charged with forgery, the government will attempt to prove that you created a false document, modified a document, or signed someone else’s name to a document, generally with the intent to deceive.

Illinois laws treat driving under the influence of alcohol or drugs seriously. Consequences can include imprisonment and significant fines, as well as the loss of driving privileges.

We have also represented clients against a range of traffic crimes including both misdemeanors and felonies.

If you have been charged with a federal or state crime, you need a skilled, compassionate and detail-oriented criminal defense attorney who can fight for your rights and interests. To learn more about how we work with clients and to schedule a free consultation and review of your case, call 312.525.2017 or contact us online today.