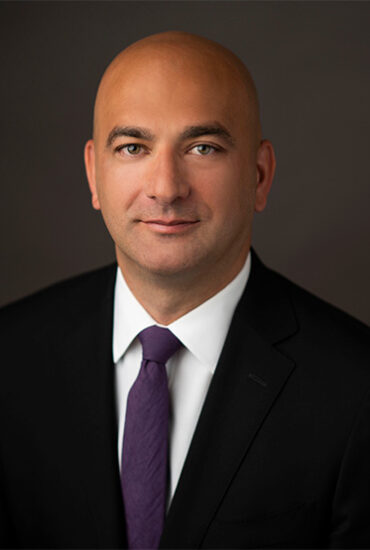 Jonathan S. Bedi is an experienced trial lawyer and litigator with over a decade of trial experience. He handles all aspects of federal and state criminal prosecutions, including the investigations, trial, and appellate stages. He has represented clients in state and federal criminal cases ranging from murder and mortgage fraud to drug conspiracy and racketeering. He has vast experience securing successful verdicts from juries and judges alike. Jonathan is a strong and forceful advocate for his clients, aggressively building a defense that meets the needs of each specific client.

Jonathan has represented clients in complex federal white-collar criminal cases and state criminal cases. He has represented athletes, executives, religious leaders, and students in internal investigations who face allegations of misconduct, from financial fraud to sexual harassment. He has successfully defended individuals who face allegations of misconduct in the #metoo era, helping clients avoid publicity and avoid criminal charges.

When clients have been charged, Jonathan has successfully negotiated pleas to prevent jail time and negotiated outright dismissals of charges. Jonathan is a seasoned litigator and trial lawyer and has litigated and won hundreds of pretrial motions and countless bench and jury trials, regularly convincing the judge and jury to say “Not Guilty.”

Jonathan routinely receives honors and awards for his legal work, including being selected by the Chicago Lawyer and the Chicago Daily Law Bulletin as one of the “40 Illinois Attorneys Under Forty to Watch” as an Emerging Lawyer and then Leading lawyer every year since 2017. In 2022, he was selected by Illinois Super Lawyers as a Super Lawyer, and he was twice awarded the Excellence in Pro Bono Service presented by The United States District Court for the Northern District of Illinois and The Chicago Chapter of the Federal Bar Association.

Jonathan is active in the community and currently serves on the Chicago Council for the American Writers Museum on the board of directors for the Roseland chapter of CeaseFire and Illinois State Advocacy Committee for the American Heart Association. He lives in Chicago with his wife, two kids, and a Pitbull named Chauncey Billups.